Paris is the capital of France and has a population of 2.2 million people. The greater Paris metropolitain area has a population of over 10 million residents and the city proper covers an area of 41 square miles (105 square km). The river Seine divides the city into two halves (the Left Bank and the Right Bank). Paris is by far the biggest city in France and one of the biggest metropolises in Europe.

The official language of France is French. Although many French people speak a second language, English being the most common, they are often reluctant to do so. In major tourist areas service is generally available in English but you will generally find waiters and shop assistants to be more friendly if you greet them with a friendly bonjour, parlez-vous anglais? (hello, do you speak English?).

The euro () is the official currency of France and you can use the same euros obtained elsewhere in the European Community without any currency exchange.

It is generally considered polite in France to say "Bonjour" (Hello) to the shop assistant when entering a shop and "Au Revoir" (Goodbye) when leaving. Similarly, in restaurants and in taxis you should say "Bonjour" or "Bonsoir" (Good Evening) as a greeting before requesting your service. Not doing so could be considered rude. Visitors to Paris are sometimes disappointed at the level of service they receive, however, shortcomings are often due to cultural misunderstandings.

In French restaurants and cafes a 15% service charge servis compris is automatically included in your bill. But waiters don't normally receive this, so you should leave an additional 5-10% if you were satisfied with the service. Taxi drivers should normally be tipped up to 10% if you are satisfied with the service, bearing in mind that certain charges (extra baggage, airport or train station supplments) may already be automatically included in the fare.

The country code for France is 33, and the city code for Paris is 01 (the prefix for local landlines). To call Paris from outside of France you must dial 00-33 then the local number, omitting the leading 0. So you would dial 00-33-1-local number. ( from the USA or Canada you would dial: 011-33-1-local number ). The prefix for French cell phones is 06 and as is the case with landlines, when calling from outside of France you must omit the leading 0. The local time in Paris is GMT +1 hour, the same as Brussels, Geneva and Rome, but one hour ahead of London time.

France uses a standard power supply of 220V 50hz; the same as is found in most of Western Europe.

European Community - Citizens of member countries of the Schengen Zone need neither passport nor visa to enter France, only a national ID card. Citizens from other EU countries (UK, Ireland, Cyprus, Bulgaria, Romania) need a valid passport to enter France.

European Economic Area - Citizens of Switzerland, Norway, Iceland, or Lichtenstein do not need a visa to enter France and can stay for up to three months without a residence Visa. 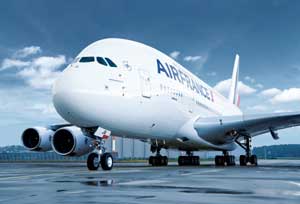 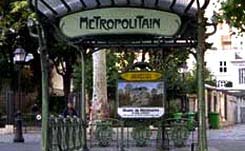