Things to Do : Museums & Monuments : Tour Eiffel (The Eiffel Tower) 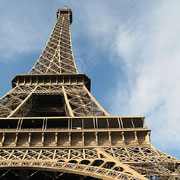 The tallest building in Paris and an internationally recognizable symbol of Paris, the Eiffel Tower needs little introduction. The 324m (1,063 ft) structure is named after its designer, the engineer Gustave Eiffel, and it was built for the 1889 World Fair. As tall as an 81-story building and weighing over 10,000 tons, the Eiffel Tower was originally intended to stand for just 20 years, but the city of Paris decided to leave the building intact, as it was useful for communication. Today, over 5 million people visit the Eiffel Tower every year.

The Eiffel Tower has three observation levels. The first and second levels have restaurants and souvenir shops, and the third and highest level offers a breathtaking view over Paris. Tickets can be bought to visit the first or second levels by elevator, or by climbing the more than 300 stairs that lead up to each level. Tickets for the stairway to the second level cost roughly half as much as the elevator tickets. The third and highest level is accessible only by elevator. 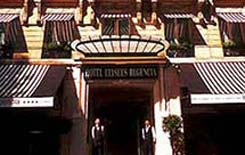 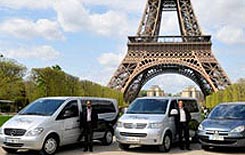